Divorce Rates In The UK

These are a few of my thoughts about the divorce rates in the UK. It is probably well known that divorce rates have increased in the UK over many years. The National Statistics website shows us that over period 1971 to about 2003 divorce rates went up from 6 per one thousand married couples to about 13 per one thousand, more than doubling. Over the last 4 years or so the rate has consistently fallen to the 1981 level of about 12 per 1000, still double the old rates.

However, the actual levels of divorce are relatively low. People in the late twenties have the highest divorce rates at 26.6 divorces per 1000 in the age bracket 25-29 (men) and slightly higher for women in the same age bracket at 26.0. This may be due to an increasingly casual approach to marriage from “modern people”.

What this tends to hide is the fact that in 2009, for the first time, there were more single or cohabiting people in the UK than married people. This was an historic moment. There is no doubt that there has been a slow decline in the idea of marriage as a meaningful institution; why bother, just cohabit. The numbers of cohabiting people grew to such significant numbers that the laws in relation to “divorcing” cohabiting couples was tightened up as until recently these couple had to rely on a mish-mash of various laws such as contract and equitable principles to divide possessions including, often, the home. Often under these circumstances the women lost out. Men preferred to not marry.

Divorce laws in the UK tend to be very politically correct and therefore liberally based and some say biased towards the women. For this reason women who are allowed to come to Britain to get divorced did so. In a long marriage of whatever sort, good or bad the women would receive about half of the entire family assets. After such a long period it is deemed that the contributions of each party, in their own way, are about equal subject to some special reasons for dividing assets otherwise. The favourable laws towards women still exist here and that may push up divorce rates in the UK very slightly.

But it also reduces the number of marriages and if the parties are committed to marriage, it increases the number of pre-nuptial agreements. These are agreements entered into before marriage as to division of assets on divorce. Not many people like to do these for obvious reasons and in the UK they are yet to bind the parties legally but there is talk of change.

Although highly politically incorrect one reason for lower marriage levels is the generous benefits system in the UK for single mothers who have children. The concept of marriage and a family has been supplanted by single mother and the maximum number of children as benefits are linked to size of family. Family tax credit has been criticized for breaking up families.

Also politically incorrect is the fact that most divorces are commenced by the wife on the catch all ground of “unreasonable behaviour”. The behaviour of the husband need not be bad, just unpleasant for the wife. Almost any reason is acceptable. It has been argued that women use marriage and divorce in the UK to further themselves financially. The same mentality is involved in lucrative employment tribunal claims for sexual discrimination, it has been argued.

The fact is that as the institution of marriage wanes there is bound to be less divorces as those that do marry will be more committed to it. Whether married or not the most important underlying factor is that families stick together for the benefit of the children where possible and appropriate. There has been a development of a more casual approach to marriage and divorce that has resulted in more divorces.

Divorce rates in the UK will also be coloured by the different cultures in the country that are having an increasingly greater impact on divorce figures due to increased immigration.

The first one is interesting as it is from a Muslim speaker: 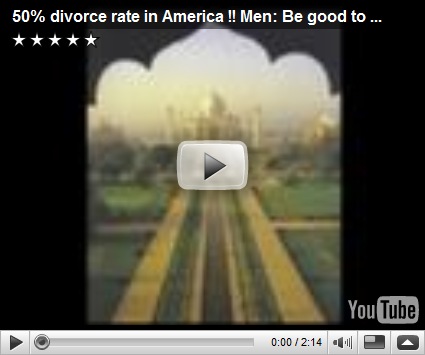 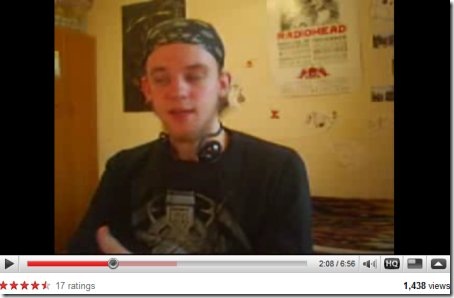 The video above is interesting too as it talks along similar lines to this posting. You will have to click on the picture to go to it on YouTube as this is not embedded. Opens in a new window by the way. The video has a religious context.