Carole Baskin offers $5,000 reward to the person who rescues India the Tiger

Carole Baskin's Instagram posting (see embedded posting below): "Carole Baskin, founder and CEO of Big Cat Rescue is offering a $5,000 reward to the person responsible for the immediate, safe hand over of India the Tiger to a sanctuary that is accredited by the Global Federation of Sanctuaries provided that person's efforts with law enforcement is sufficient to convict both buyer and seller involved in the transfers of the tiger. " 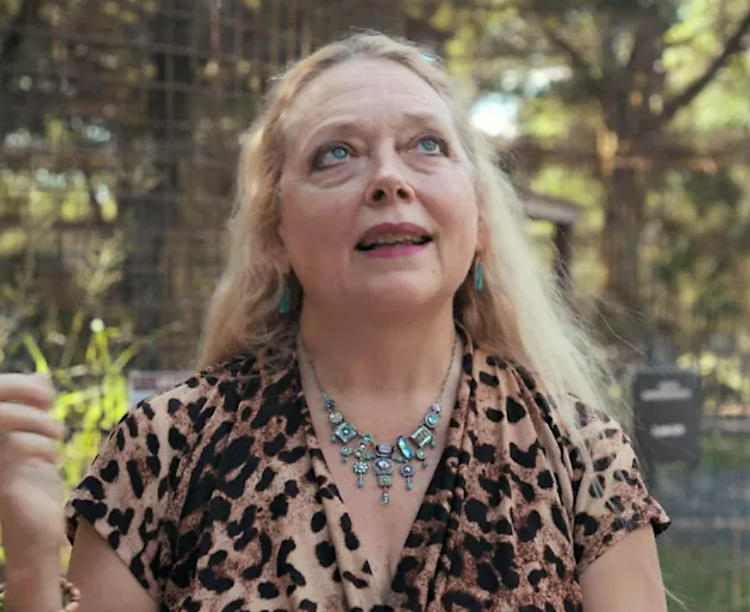 The tiger in question is the one which recently featured in news media as it was wandering around West Houston, USA. It is a pet tiger. It was all over the news. You can read about it by clicking on this link.

The tiger has been captured and transported to a sanctuary (May 17th).

What ever you read in the news media about Carole Baskin take it with a pinch of salt because so often they don't understand the true character and this misinformation gets bandied around the Internet where it tends to become fact but it simply isn't. Carole Baskin does a great job in rescuing abused and used wild cats. She is the founder and manager of Big Cat Rescue in Florida as you probably are aware.
She starred in the Netflix series which was meant to be a documentary but according to her distorted the facts of her dispute with Jo Exotic who is currently languishing in prison for conspiracy to murder Carole Baskin! She has always taken the high moral road; focusing on rescuing cats whereas Jo Exotic always took the moral low road meaning he abused the wild cat species and other animals in his large private zoo.
They are very different characters but they were painted by Netflix as similar in a long-running feud. That is a misrepresentation as mentioned.
Please click on this link to see a range of articles on Carole Baskin. She is a significant personality in the cat world. She is a major force for cat welfare in the USA. I know that there are people who'll disagree but I am convinced that they are wrong.
I hope that you will learn about her and learn to admire her. I certainly do. She has fought against a lot of sniping and trolling by people who don't understand. There are many people who dislike her. Some people hate her such as the Jo Exotic types of this world who like to abuse animals for commercial gain. There are a lot of people like Mr Exotic in the US.
Email Post
Labels: Bengal tiger Carole Baskin Cat News
Location: 12802 Easy St, Tampa, FL 33625, USA