The feral cat problem should read, "the human behavior problem". If there really is a feral cat problem, it is our fault and almost nothing is said or done to tackle the people who are irresponsible in their cat caretaking. Do feral cats serve a useful purpose by the way?

It is interesting to note that we rarely hear from non-western countries about a "feral cat problem". We occasionally hear from Israel who in general mistreat feral cats in my opinion and Greece where they are poisoned out of season. In the holiday season they are an attraction for tourists.

But they are not regarded as a problem in the same way as they are in the United States. In the UK we rarely talk or write about the feral cat. We don't see them. This must be due to one of two reasons (a) the weather is too cold and unpleasant for cats to routinely go AWOL and live feral lives and/or (b) UK cat "owners" (cat caretakers) are more responsible than our counterparts in the United States, which I don't believe is the case.

There is one further possibility, people in the US are more sensitive to the feral cat than we are in the UK. I must add though that I think there are more feral cats in the USA judging from my experiences and the reports coming out of the USA.


Talking about news reports coming out of the USA...I would like to comment on a typical news story about feral cats. We get these all the time and in commenting on this story, in some ways, I am commenting on all the feral cat stories.

The story comes from the online edition of the White Mountain Independent newspaper. The story is entitled: "Feral cats are becoming serious problem in town"

The Animal Control Officer at Pinetop-Lakeside, Randy Hemmings, says there is a feral cat problem in the area. He gently criticises people who feed the feral cats because, he says, there are "consequences" and the consequences are not good, he goes on to explain.

He also goes on to demonstrate a huge bias against feral cats that is very apparent, in my opinion. This bias really is a human attitude problem which is greater than the so called "feral cat problem". I sense that there is a large body of people who are frightened of the feral cat and cats in general. And they have misconceptions about the cat which feeds the fear. 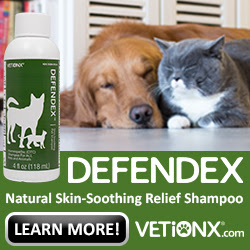 As to feral cats he says that on one occasion a feral cat got loose and he had to grab it. The cat was scratching and biting. He says this cat "was so wild it had to be put down. There was nothing else we could do with it."

This makes me mad to be honest. It shows ignorance and bias. Feral cats are wild animals and this cat is bound to react as she or he did under these circumstances (in fact a domestic cat could well do the same thing!). It is not something to be criticised. But he justifies the killing of this cat on the basis of this totally normal and predicable behavior. Why can't feral cats be treated the same way as other wild animals? This is a kind of animal racism. I would bet a skunk would wriggle and bite under the same circumstances and it would emit that skunk smell but he doesn't say the skunk should be put down. He couldn't because it is probably protected while the feral cat has no legal protection.

Mr Hemmings justifies the inequality (although he sees no inequality himself; for him it is all normal to kill feral cats in the thousands) by saying that feral cats spread feces, urine (smells) and disease. They are a hazard to vulnerable people such as children, old people and people with a compromised immune system. He says that they breed prolifically and that they kill wildlife such as birds, squirrels and skunks. He refers to the bacteria in the mouth of cats and on the claws that can cause cat scratch fever. This is so lethal it can kill wildlife on its own. In fact it is very rare.


Mr Hemmings never refers to the potential health hazards than can caused by other wildlife. Surely there can be little difference between cats and skunks or squirrels. They are being killed by other animals and they will defecate and urinate and so and so forth. Why differentiate between feral cats and other wildlife? Feral cats are wild cats effectively.

Skunks kill wildlife. They emit a strong smell. They defecate and eat carbage and they breed successfully. Yet Mr Hemmings treats them as precious forms of wildlife to be gently protected while the horrible feral cat has to be exterminated! Come on Mr Hemmings, be fair. As an animal control officer you have a duty to be fair to all animals. 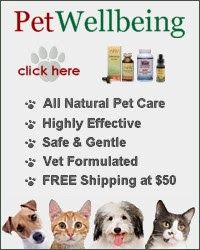 Mr Hemmings wheels out the usual arguments about feral cats spreading disease. He refers to cats suffering from feline leukemia (FeLV). He says that he can't release the cats as they carry diseases (cat colony diseases). He then admits that there is no evidence that FeLV is zoonotic (transmittable to people) but...gotta kill 'em nonetheless. How poor is that? FeLV is not zoonotic, period, full stop. He should be pleased that feral cats suffer from these illnesses as it kills them early in life.

He refers to cats carrying rabies but it is extremely rare. Skunks in contrast have a reputation for carrying rabies (21.5% of reported cases of rabies from all species are skunk related). But Mr Hemmings treats them way better than he treats those horrible feral cats. You gotta keep killing those cats...It's almost a national pastime, a way of life. It is thoughtless and degrading.

To compound the unfairness, the director of the local Humane Society agrees with everything he says about the feral cat problem.

There is gross unfairness directed towards the feral cat. There is hardly any emphasis on proactive action - preventing the cat becoming feral through good cat caretaking. The emphasis is on reactive measures and that means one blunt and biased thing -- kill them! Even sheriffs can shoot at them at will. And shelters don't have to kill cats in the numbers that they are according to Nathan Winograd (see Redemption - Amazon ad on this page).

It is high time that local authorities dealt with the feral cat properly and decently and that means one thing: lets look at ourselves in the mirror and admit that we caused it and we have the responsibility to solve the feral cat problem at source with proper domestic cat management. If that has to be forced on people through legislation so be it.

Feral Cats and their Management

Update April 1st 2011: Maryann Mott journalist for National Geographic News concludes, as far as I can see, that killing feral cats is not the solution. Maryann refers to an interview with Julie Levy who is a veterinarian and professor at the University of Florida College of Veterinary Medicine in Gainesville.

Levy agrees that the use of a new "sterilisation vaccine" might be an effective solution to the feral cat problem. Levy is involved in a study with male feral cats and "it's looking extremely promising." The idea is to inject cats in the wild. The principle seems to be that a more efficient way of neutering feral cats might over time reduce their population in a humane way. I like this. It is humane and long term and it gets to the root of the problem - almost. The real problem is us. In general, we can't behave responsibly in caring for our domestic cats.

This quick version of TNR should be accompanied by legislation to force people to care for their cats more responsibly. That won't happen because governments know it can't be enforced and their is more important legislation to create.

From Feral Cat Problem to Home Page
By Michael Broad at March 23, 2011