You may have heard about the two major collar-mounted cat predation deterrents which are worn by cats. One of them is quite effective (see link below) in that it warns birds of the approach of a domestic cat. It is the Birdsbesafe® collar. The other is called the CatBib. It uses a similar same method in warning prey of a cat attack but is clumsier. And it presents a barrier between prey animal and cat which prevents the cat killing prey. 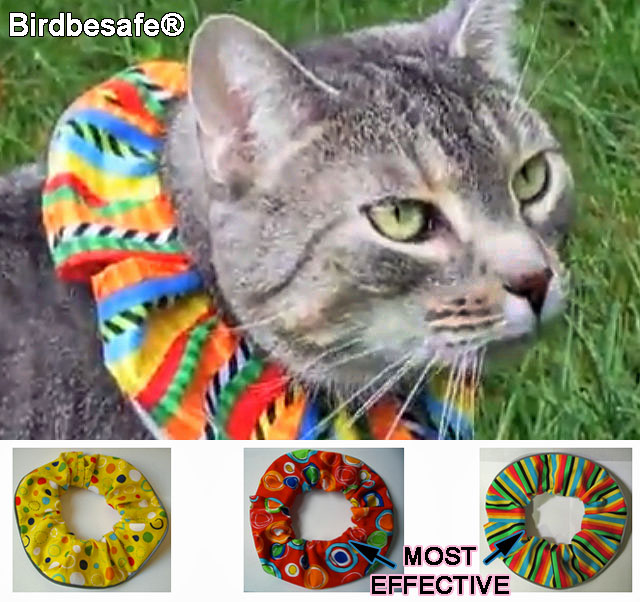 In Australia, the authorities often want domestic cats to either live indoors full-time or not wonder so much and therefore reduce their predation on native wildlife species.

In this study they wanted to find out whether a cat wearing these two predation deterrents decided to wander less as a consequence. I guess the theory is or was that if a wondering domestic cat is unable to attack birds because they fly off because of the collar they are wearing they may then decide to give up and stay at home. I am simplifying the process but I think that that is the theory of it.

Well, they found that it did not curb wandering. They say that the 30 cats that took part in the study did not reduce their home range significantly. On my reading of the summary of the study they actually increased their home range!

I wonder, therefore, if wearing these collars had the reverse effect. It appears that the cats were encountering difficulties in attacking birds because of the collars and therefore they had to try harder and travel further to obtain success.