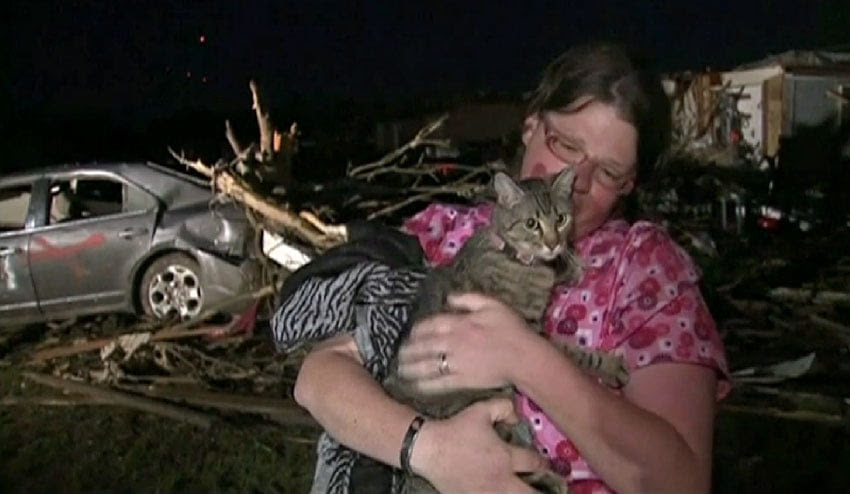 This is a screenshot from a video taken in Oklahoma just south of Oklahoma City which is where the tornadoes passed across Oklahoma and also Arkansas and I believe other states in the centre of America.  The date is April 2040 and there's been lots of devastation in that part of America with, of course, lots of companion cats and dogs are being killed or lost.

This cute little tabby cat - with a collar by the way which I hope helps to be reunited with her owner - was rescued by the lady in the pink dress.  I like the photograph because there is tenderness in the woman's eyes, there is fear and anxiety in the cat's eyes and there is total devastation behind them both.

The result of all this devastation is a massive job on hand to reunite those pets (that survived) with their human guardians and caretakers.  There is, though, a lot of dedication from many wonderful people who are highly committed to helping.  Natural catastrophes like this bring people together. Although people lose everything in the way of possessions they realise what is really important to them when all their possessions are stripped away; and what is important is their family, their health and their companion animal.
By Michael Broad at April 28, 2014