In this case we have a cat and dog.  The dog's name is Lucille and she has been found, thankfully, but unfortunately the cat whose name is Opel is yet to be found. 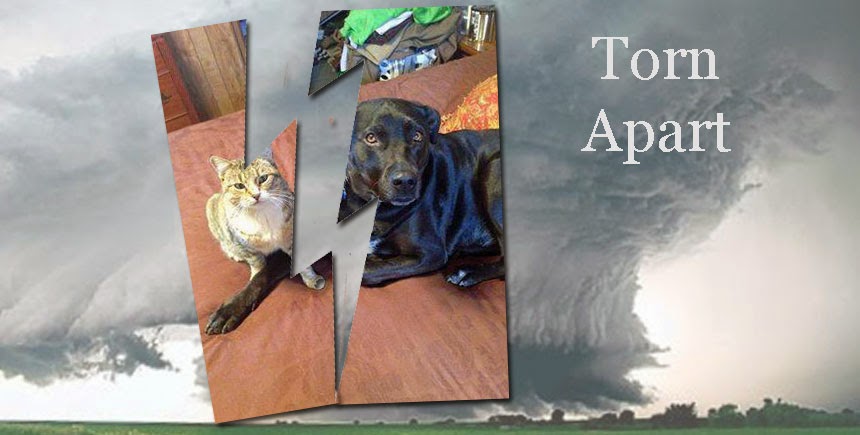 Having visited the Facebook page setup to reunite people with their companion animals, I have noticed that there are far more dogs posted than cats. I don't know whether that is significant or not. It just might be that people in that part of Arkansas prefer dogs.

Or it might be the case - and I have rather black thoughts are, as black as that tornado cloud in the picture - that people are more concerned about their lost dog than they are about their lost cat.

If, by chance, that is true it is in line with statistics which tell is that people take their dog to the veterinarian far more frequently than they do their cat.  It seems that the independence of the cat works against them while the needy nature of the dog works in their favour.

In any case, the point of this short article is that these devastating tornadoes affecting the middle of America has torn apart some families and in this instance, a couple of best buddy pets. Let's hope Opel is found.
Email Post