Drones Prove Effective in the Fight against Wildlife Poaching in Kenya

Drones Prove Effective in the Fight against Wildlife Poaching in Kenya

This is the first time that drones have been used for an activity that I approve of and like: wildlife conservation.  I could not think of a better use of technology to beat the wildlife poachers. 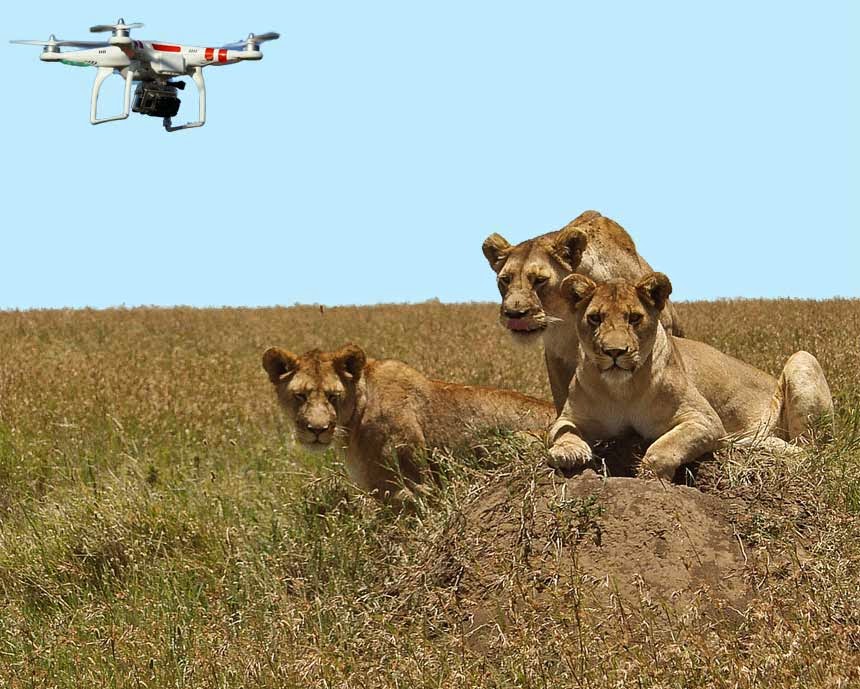 We are all familiar with drones.  They come in a variety of sizes and shapes and uses.  The ones we usually see are quite large and may have rockets underneath their wings and sensors and cameras at the front.  Other ones are like model helicopters but there's more than one rotor: usually four. And underneath the rotors is a camera.  I suspect this is the one that they are using in Kenyan on a trial run. They are controlled remotely on the ground.

Using a drone to scare away poachers who are frightened to be identified has proved exceptionally successful with poaching being reduced by 96%, apparently, in the area of the trial.

Because of the success the Kenyan authorities have decided to extend the use of drones across more of their 52 reserves and parks.  I hope the drone continues to be successful and that it is used across all 52 reserves.  I suspect that in due course the poachers will find someway of stopping it.  Perhaps they will shoot the drone down.  Who knows?

Some of the major wildlife species in Africa's reserves are highly endangered due to poaching and habitat loss (primarily).  The rhino's horn is a favourite because some Asians who are rich enough think that it gives them an erection. Very sad, isn't it?  I bet that they have tiny penises as well.  Even a rhino horn can't fix that problem.

Then we have the majestic African elephant which is being systematically poached to extinction for its ivory once again to be sold to the Asian market, I suspect.  I don't want to sound racist but they don't seem to have much respect for wildlife in Asia, do they?

What about the lion?  Well, some people think it will be extinct in the wild in 20 to 40 years, which is about the same time that it will take to make the Bengal tiger extinct in India.

The African lion is also systematically poached and its habitat constantly eroded through human activity including massive increases in industrial activity, which is managed by the Chinese who wish to take as much in the way of minerals out of Africa as possible to feed their industries back home which in turn will feed the consumer markets of America and Europe.  Crazy world isn't it And at the end of the chain is the lion being persecuted and ground down to extinction.

The lion is poached for its carcass which is eaten just as the tiger's carcass is also eaten. The penis of the tiger is worth about $6000 on the open market in China.  The forearms of the tiger are valuable because they are very strong and the poor week insecure men who like to eat the forearms of the tiger think that it will make them stronger and more masculine.  Shame isn't it?  The insecurities of humankind knows no bounds.

Well, the Kenyan government is going to spend $103,000,000 on this drone protection/conservation project and the governments of America, the Netherlands, Canada and France are also providing their support because, after all, this is a world problem because once the lion is gone in the wild it is gone from the world.  And that affects everybody now and for eternity.