- July 04, 2021
Horace Walpole (1717-1797) was, by all accounts, a careless pet owner. He was an English writer, artist historian, man of letters, antiquarian and a politician. He is described as an 18th-century Gothic writer by The Times. The newspaper reports that his favourite cat, Selima, drowned in a goldfish bowl while trying to grab the goldfish. As a consequence, Walpole the author of The Castle of Otranto, asked his friend, the poet Thomas Gray, to write an epitaph for his beloved cat. It is called: Ode On the Death of a Favourite Cat, Drowned in a Tub of Goldfishes. The poet described her as the "demurest of the tabby kind". His favourite cat was a tabby cat.

That famous goldfish bowl was placed on top of the pedestal as a memorial to Selima and it is to go on display at Strawberry Hill House, the Gothic-revival mansion in Twickenham south-west London, the home he built from 1749 onward. I have visited this house. It is a very interesting place and the photograph below was taken by me which gives you an impression of what it's like, I hope. 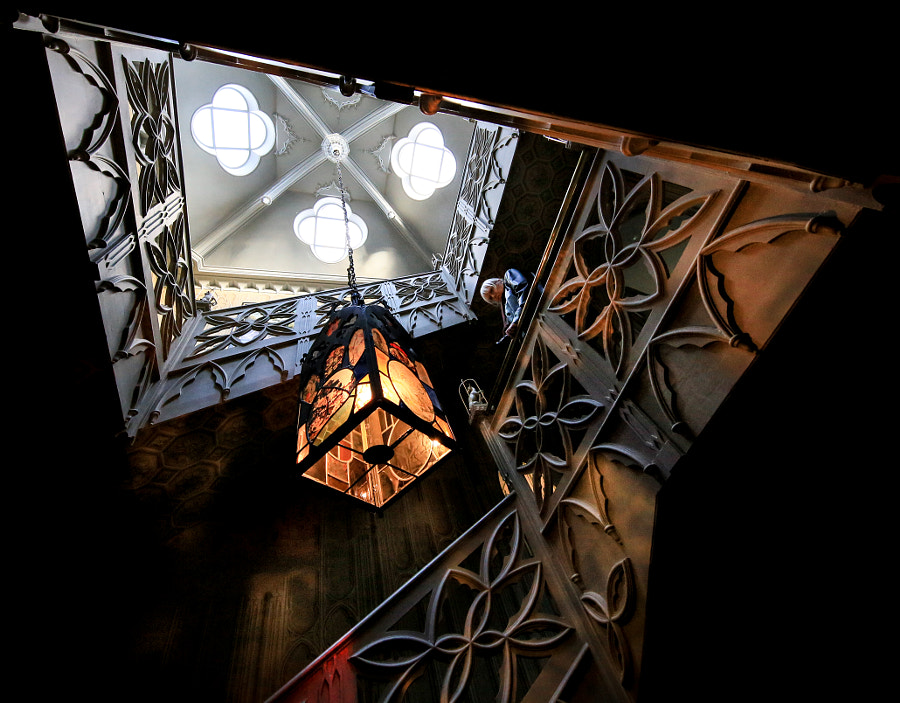 The goldfish bowl is being displayed as part of a series of exhibitions about objects associated with the property. The reason why I have stated that Horace Walpole was a careless pet owner is because The Times also reports that in 1739 his King Charles spaniel, Tory, was killed by a wolf in the Alps. The next dog that he lived with, Bettina, died when falling from a balcony in Florence. Another spaniel that he lived with, Rosette, died in a fire.