Animals forced to flee or hide as humans invade their territories

Scientists are just beginning to understand that the negative impact that humans have on wild animals extends not just to the destruction of their habitat, which of course is devastating, but also to their simple presence and activities on the territory which these animals believe is theirs. Just occasional encroachment of human activity on the territories of wild animals results in a much greater change in their behaviour than people had thought. 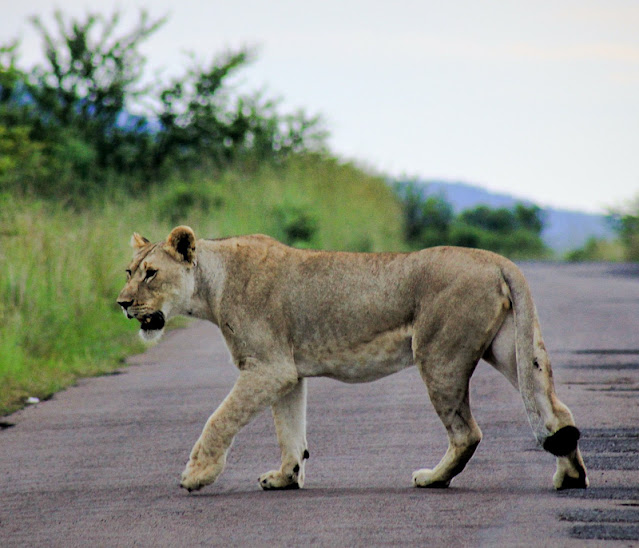 Image by Nel Botha from Pixabay

The study refers to 'episodic' activity by humans such as driving cars off-road, military manoeuvres and hunting, and includes aircraft noise. Under these kinds of activities wild species increased their movement by up to 70%. The animals are fleeing to avoid humans and hiding. This means that they have to travel further to find food or to mate.

The increased human activity on their territory resulted in an average 37% increase in the activity of the animals affected. The researchers, whose study has been published in Nature of Ecology and Evolution, analysed more than 200 studies on 167 animal species. The species ranged from butterflies to great white sharks and the study covered almost 40 years.

In more than one third of the studies analysed the animals were forced into changes in their behaviour resulting in increased movement by more than half.

In essence, the animals either moved away or moved less. The occasional presence of humans had a bigger impact on their behaviour than permanent habitat loss. Habitat changes are predictable whereas the occasional activity from tourism, recreation and hunting is less predictable and as mentioned episodic. The animals don't know how to predict what will happen so they move further away; away from an unpredictable threat.

Roads (by which I believe they mean the construction of roads and the movement on them) increased movement by 68%. Aircraft noise by 65% in agriculture by 28%. Roads fragement territories.

The chances of survival of these animals is reduced because of low reproductive rates, fragmentation of their habitat leading to genetic isolation, leading in turn to local extinctions. And when these effects were suffered by larger animals the effect went down the food chain to smaller species and the wider ecosystem.

The scientists cite an example from New Zealand. Flightless birds in New Zealand provide vital seed distribution. They moved 41% less when people were around which reduced the spread of specific plants. The study raises the question of reducing human activity in important animal habitats.

Comment: Immediately I think of tourism flooding through the national parks of Africa. And of India where people want to see tigers in one of the many Indian tiger reserves where in fact tigers are quite scarce sometimes. Is this tourism damaging conservation of these iconic species and if so it would undermine the purpose of the reserves and national parks? It's a thought which needs to be addressed.