American Vets are Unethical Towards the Cat

I am convinced that a large number (not all, please note) of American vets are unethical towards the cat and as a consequence they are in breach of the Principles of Veterinary Medical Ethics of the AVMA (American Veterinary Medical Association) and their oath, if they are members of that association.


The American Veterinary Medical Association (AVMA), established in 1863, is a not-for-profit association representing more than 78,000 veterinarians….

The veterinarian’s oath under the AVMA is:


Being admitted to the profession of veterinary medicine, I solemnly swear to use my scientific knowledge and skills for the benefit of society through the protection of animal health, the relief of animal suffering, the conservation of animal resources, the promotion of public health, and the advancement of medical knowledge.
I will practice my profession conscientiously, with dignity, and in keeping with the principles of veterinary medical ethics.
I accept as a lifelong obligation the continual improvement of my professional knowledge and competence.

Accusing a vet of being unethical is strong language, I know, but declawing cats on the whim of a cat “owner” who wants to protect furniture is an assault on the cat. Under these particular circumstances, it is deliberately inflicting a physical and possibly psychological injury on the cat. It is detrimental to the cat, a violation of a vet’s oath and a violation of the Principles of Veterinary Medical Ethics.

In fact, the president of the AVMA seems to agree with me! If that it the case what are they doing about it? The rules should be enforced more strictly and tightened up. She wants the law to prevent it when she can prevent it in changing the code of conduct of veterinarians. 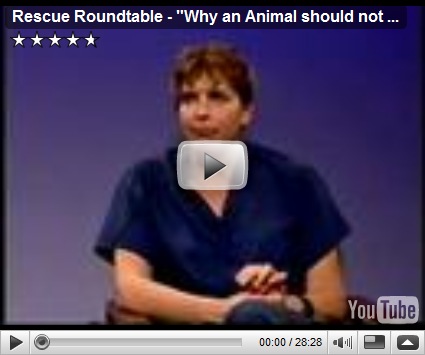 In the UK a vet doing that on a consistent basis would, in my view be struck off and prosecuted under the Animal Welfare Act 2006. He or she would probably be convicted and punished to a jail term not exceeding 51 weeks and/or a fine not exceeding £20,000 ($32,302 USD). His career would be ruined.

Yet in the United States of America, where they are proud to uphold basic human rights (but not the rights of cats, it seems) highly qualified and intelligent veterinarians have criminally assaulted, by European standards, at least 20 million cats. As there is almost no declawing in the UK, despite being allowed on medical grounds, I can only presume that 99.9% of that 20m are for the personal reasons of the person keeping the cat or the landlord renting out his flats (apartments).


If it is to be done appropriately the operation to declaw a cat should cost about 600 dollars but may increase up to 800 dollars if done using lasers, but it is worth it, says a well known vet tech (Asker) who contributes to Yahoo Answers. There is also a lot of pain treatment after the operation and “arthritis develops early in these cats and life long supplementation helps keep them comfortable and less stressed” (Asker – vet tech). This all equates to big money (total: $12,000,000,000 (USD) at today’s prices – I think this is 12 billion US dollars) for vets and it is money that drives some vets (a far too large a percentage, I allege) to carry out this operation in defiance of their code of conduct and their oath and also against the best interests of the cat (but in the interests of an ill advised human client).
There is an acute conflict of interest in the US veterinary profession: money –v- ethics. In the USA and elsewhere vets have, over recent years, strived to be treated as the equal of doctors. They started to call themselves doctors. This is a newish concept. If they want the status of doctors they should act like doctors and treat cats in the same way doctors treat people. Cats have no voice and cannot decide for themselves. That places a greater responsibility on the vet towards the cat. And it also places a great responsibility on the vet to explain all the facts to the person who keeps the cat. What the vet says to the cat keeper is the make or break moment as to whether the operation takes place or not. The cat keeper is in the hands of the vet at that moment. The vets words are critical and must comply with the ethical principles and oath.

Only on rare medical grounds should the operation be carried out. You know, there is quite a lot of denial in the veterinarian profession about cat declawing. There is a kind of manipulative management going on in some vet’s practices (I allege) that coerces vet techs and other employees to participate in the process of cat declawing against their better judgment (see the Psychology of Declawing).

The form below is, by the way, completely confidential. I have no idea who is voting. You can see the spreadsheet that stores the votes here: Results


In the UK (a country that is culturally close to and similar to the USA), the Animal Welfare Act 2006, which criminalises cat declawing, made no difference to the act of declawing because it simply hardly ever happened before. It is just not part of the culture and I think this comes to a very large part from the veterinarians. It can’t be the case that British people are more ethical generally that American people. It comes down to being trained and guided by the “experts” (the vets). In many ways they guide us in respect of how to treat our cats and they indirectly police us and dictate how we treat our cats.


“The procedure was considered cruel by almost all British vets, who refused to perform it except on medical grounds. The Guide to Professional Conduct of the Royal College of Veterinary Surgeons stated that declawing was "only acceptable where, in the opinion of the veterinary surgeon, injury to the animal is likely to occur during normal activity. It is not acceptable if carried out for the convenience of the owner ... the removal of claws, particularly those which are weight bearing, to preclude damage to furnishings is not acceptable."…(Wikipedia author)

As can been seen, the code of practice of vets in the UK is very explicit on this subject. What is happening in the United States? It would seem to me that the American Veterinary Medical Association, which is no doubt run by veterinarians is complicit in this cruelty and in fact condone it (as I understand it they permit it when there is destructive use of claws - this will always happen so it is a full approval but using what I call "weasel" words, words dressed up to sound like the veterinarian is doing the operation for a good reason) . In fact they must allow it as otherwise they would have taken steps to better manage what is a blot on the profession in the United States.

The surgery is basically an American “thing”. And it is an American thing because Americans are very driven by financial profit. It is why they are the richest nation in the world. What has happened is that self interest has got the better of American vets. But as mentioned their actions have, over time, coloured and altered the culture and opinions of a large number of ordinary Americans into believing that declawing is alright and acceptable when it clearly is not as it is in breach of the American Veterinary Medical Association’s code of conduct (when carried out for the personal and non-medical reasons of the cat keeper). That said, incidentally, polls in America (e.g. Petplace.com) strongly indicate that the majority of people are against declawing of cats.

America is out of step with the world on declawing and it is in the hands of the directors and managers of the veterinarian associations to change an entirely distorted culture that is deeply ingrained in a substantial percentage of the American people.
American vets are unethical towards the cat - See also:

Update: Babz made a comment and left a link for a petition. This is the link: Declawing Petition (new page).