Conspiracy to Eradicate the Florida Panther 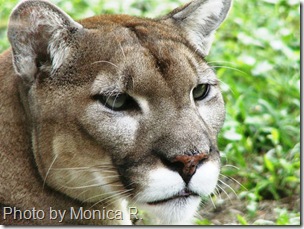 This is fanciful, maybe. Extreme and ridiculous possibly, but could there be a conspiracy to eradicate the Florida panther to make way for that holy grail of business profit, property development?

The Florida panther AKA Florida cougar or just plain old mountain lion (as it is not a sub species) stands firmly in the path of economic progress and has done so throughout its entire existence. And there is circumstantial evidence that supports the supposition that there is a conspiracy to eradicate the Florida panther.

Take the recent killing of a young breeding female, for instance. The story was released in about 11th June 2009 but the shooting took place in April 2009. The female was about to breed precious new cougars. There are less than one hundred so each one counts and this one loss represents 2% of all Florida panther females. The police seem to be taking it seriously but have made little progress. The shooting happened in Hendry County, very close to the Big Cypress National Preserve –see below: 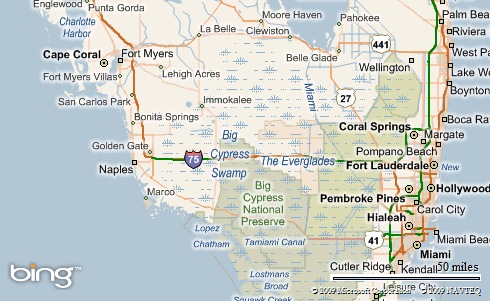 The Florida panther is Florida’s official state animal and shooting it has been illegal since 1958. Despite that people still shoot it (8 have been shot, 6 fatally). But there have been only two prosecutions and of those two the most severe sentence was probation!
As development pressure grows the pressure to get rid of the cougar grows too. There is circumstantial evidence that points to the fact that this latest killing may be a “contract killing”. Circumstantial evidence of the hidden war against the cougar is:

If it is not the bullet it is the car – see chart above (src: Tampabay.com). Probably the biggest threat is traffic, which has expanded significantly with rampant road building. Lets not forget that Florida is one of the most desirable places to live on the planet. And we know people cannot live in harmony with the mountain lion. Something has to give and it won't be us. I allege that there could be a conspiracy to eradicate the Florida panther that is behind this latest shooting.

More on the Puma:


Photo of Florida panther at Flamingo Gardens in Fort Lauderdale, Florida : published under a Attribution-NonCommercial-NoDerivs creative commons License -- this site is for charitable purposes in funding cat rescue and conservation.
Cougar human behavior