As at the date of this posting, the continuing economic depression has hurt the domestic cat (and, incidentally, the wildcat). This can be gauged by the reactions of the cat rescue groups. This is an updating post on what is happening on the ground during the recession which is bottoming out at the time of the post.

I am a friend of one of the organisers of Texas Maine Coon Cat rescue, Christie Montgomery. Pictures of Cats org has donated to the charity, a genuine no-kill cat rescue. This is what Christie says about the recession (this rescue organisation rescues all breeds and moggies by the way):

Unfortunately Michael, the economy has wreaked havoc on all rescues. It is a huge factor. Our rescue group normally does not rescue kittens because they always find homes. We have had to take in 19 kittens & their Moms in the last couple weeks to relieve our overwhelmed shelter. They needed cage space so they would not have to euthanize.

We are a non-kill rescue group. I volunteer time & medicine & pull cats from two local shelters & have never seen them so full. Today, I was contacted by a shelter in IN. & one in TN. for help; I am in TX. The other factor are the "owner surrenders". They have tripled. I cannot keep up with the e-mails & phone calls with requests for help with their pets. We also receive calls asking us to take cats thrown outside when their owners have moved or become homeless.

Our group receives recommendations for people to contact us from Vets, shelters, other rescue groups, etc. This situation is frustrating & very depressing realizing we cannot help them all. We do what we can as is everyone else.

Our shelter workers are trained to ask why someone is surrendering their pet. However, beyond that, they cannot ask if they have cut expenses or anything else to try to keep their pet. For the most part it is people who have lost their job & sometimes their home. Some have children. Some are moving where they cannot take a pet. This is the worst I have seen rescue in quite a few years.

Christie is highly committed and finds a way to make things work, however, Here is a series or reports from around the country in the USA : 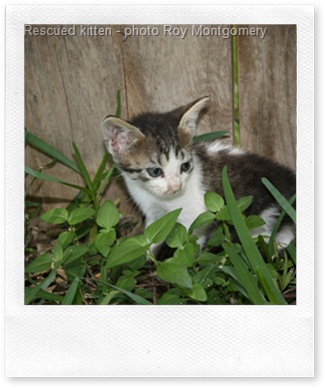 This animal shelter in Nampa, Idaho, USA, is full to capacity because of the economy and what they call the “kitten season” (they refer to the fact that at this time of year there is a rise in the number of new kittens – this must mean unneutered cats left to mate without any controls from people).

It also seems that for this shelter the rise in the number of cats that are at the rescue centre is because of a failure to adopt because of the economic conditions. The shelter is at 4 times its capacity at 280 animals.

This is based in Lancaster, Massachusetts, USA and is in its 35th year, well done.

According to a story in the Wicked Local (wickedlocal.com/bedford) there has been an increase from 18-20 calls per week in past years to 30-40 per week currently (see chart). Although in 2008 there was a decrease from the years 2006 and 2007.

The shelter says there is better networking between shelters than previously.

According to the website rallytorescue.org, Sarah Vicary of the Mid-Michigan Cat Rescue (new window) in Grand Ledged says that . “….the poor economy triggered a 25 percent decline in cat adoptions over the last year.”

This rescue organisation has a slightly different story to tell. This may be because it is bigger and in a recession, like all businesses the bigger and better known organisations fair better or in this case it may be due to Marin County being an affluent area leading to better funding. In any case they have opened a new centre to accommodate a growing demand for adoptions has not been upset by the economy. Although the spokeswoman Carrie Harrington acknowledged the effects of the economy.

Like other shelters that take cats from other rescue organisations. This may account in part for the rise in adoptions. It would seem that this society are better funded than most as mentioned allowing them to grow with and absorb the increased number of rescue cats. 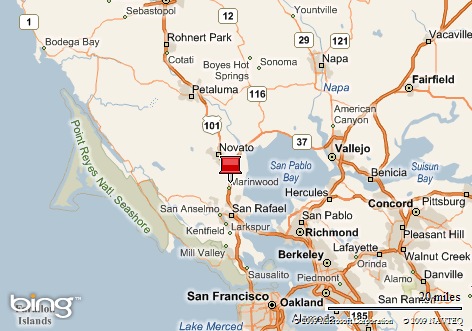 There is no doubt that the weak economy has impacted the majority of rescue organisations. There would seem to be a greater number of cats needing rescuing and a lower take up of adoptions plus less funding but it is not all bad news. The rescue organisations find ways to manage. This is through commitment. Rescue people are highly committed.

Cat Rescue Groups - Photo of rescued kitten: Photographer (by Roy Montgomery) says that a litter of kittens were rescued by her daughter from under a trailer with severe mange and fleas. They all recovered and were adopted by a no-kill shelter. Fantastic. Published under Attribution 2.0 Generic creative commons license.