Why Cats Purr When Under Duress 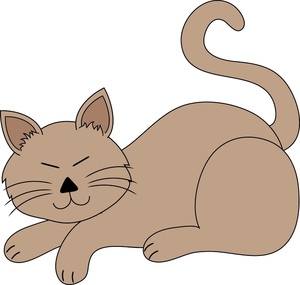 The classic reason why cats purr is because they are content.  That is the image we have but since the age of the Internet most of us now know that cats purr at other times, when for example they are in great pain, injured or even dying.  Contentment is not only the reason for purring.  Dr Morris says that this can be explained if we decide that purring is a signal indicating a need for friendship.  It is signal which says to an owner “thank you for your friendship given".

Some people still consider that purring is a mystery.  They believe that we still don't know why cats purr because it occurs on so many occasions other than when they are content.  I wonder if we can look to ourselves for an explanation.  Often when people are under duress or stress they present to the world an image that they are unconcerned.  They do this by trying to look calm and sometimes they vocalise in a way which indicates that they are calm and content.  Some people whistle when they are under stress or they might become more talkative.  Some people might hum as a way of looking calm and also calming themselves.  These are survival instincts which are still present in humans. I wonder whether these human behaviours shed some light on why cats purr when they are under duress?

My instincts tell me that cats purr when they are under duress as a way of calming themselves and presenting to the world that they are less concerned than they really are, as a means of survival.  That is my personal assessment and it is different to that of Dr Morris.
Email Post
Labels: Cat behavior cat purr