My boyfriend doesn't like my new cat, so I have to give him away 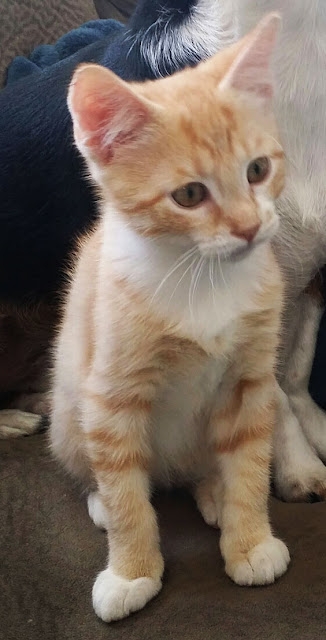 I have a sneaking suspicion that if a woman's boyfriend didn't like her new cat then 90% of the time they would keep their cat and get rid of their boyfriend.  However, there is a middle ground and that is to convert the boyfriend to like cats.  That can be done and it has been done.  For example, you can tell your boyfriend that your cat loves him.  This may at least make your boyfriend get to know your cat.  It may be better than that.  Your boyfriend might get to understand cats and when he does there is a very good chance that he will learn to like them.

A lot of the time, if a man dislikes cats it is because he does not know them.  He may have preconceived ideas about them. He may have unjustified prejudices gleaned from the Internet.  There is a lot of misrepresentation on the Internet about the domestic cat.  Then of course there is this macho culture.  But that said, a lot of women like men who like cats.  It's a bit of a turn on it seems to me.  So a man, even for that reason alone, should learn to like cats and he can do that by understanding them thoroughly.  If you understand cats you could argue that it is impossible to dislike them.

It is quite possible that on occasions a boyfriend will become jealous of his girlfriend's cat.