Showing posts with the label unusual appearance
Show All 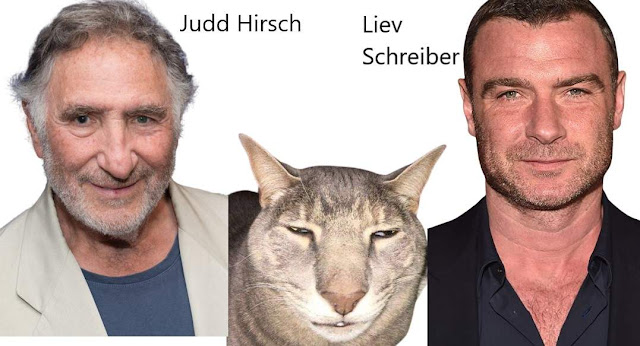 A stretch of the imagination I agree but there are some similarities between this cat and these well-known humans. The point is that this is an unusual feline face.  The cat might have some Oriental Shorthair DNA because of the long muzzle. He is described as having a great personality.  There is certainly a slight human quality about this cat. Some domestic cats are like that, but they are almost aways selectively bred pedigree cats. This boy looks very much like a random bred moggy which makes the unusual appearance all the more interesting. Montage: MikeB. I claim fair use in using all three images. We are not told if the cat is male or female, but he has a very thick set neck, and the face is very masculine. Sometimes looks can be deceiving but I don't think so in this case. There is always the possibility that the cat is a photo-edit creation. It is hard to tell these days. But I don't think so. When people photo-edit cats they normally go for something outrageously extrem
Read more
More posts