Showing posts with the label murder
Show All

Neglected, starving adult cats trapped in home killed and ate one of their kittens 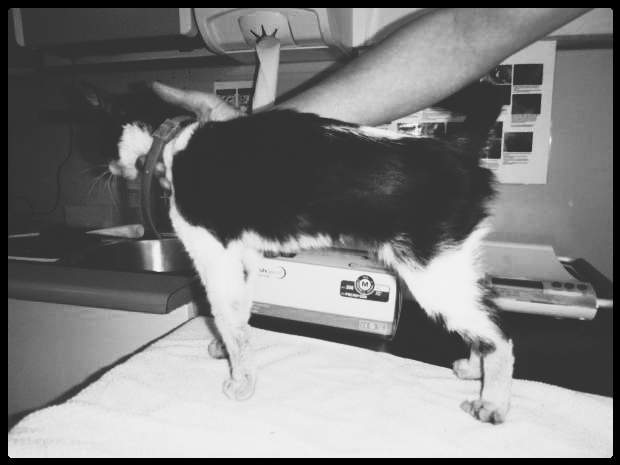 In human terms, this is an extremely rare example of a gang of domestic cats "murdering" a young kitten because they were starving, and they were starving because they were neglected to the point of starvation by their callously negligent owner who has subsequently been convicted and punished. This is also a case of cat cannibalism.  I have found 9 reasons for domestic cat cannibalism . The story comes from Bradford, UK. Four members of the same family, all women between the ages of 23 and 49, neglected seven cats to the point where some of these adult cats bit to death a kitten who was in poor health in order to eat that kitten to survive. The kitten was probably one of the offspring of one of the adult cats. One of the starving adult cats who decided to attack and eat one of their kittens in order to survive. Photo: RSPCA vet. I don't know whether you have heard of that happening before, but I certainly haven't, and it is an example of cannibalism. I have written ab
Post a Comment
Read more
More posts