Showing posts with the label vermin
Show All

Large feral (?) 'Siamese' cat in Australia trapped and killed causing an outcry from some sections of the community 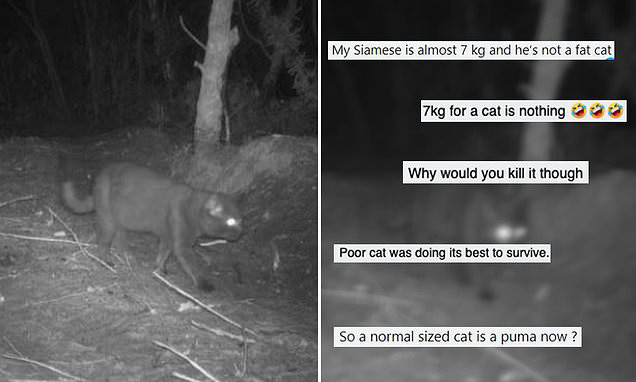 A large feral cat in Australia has been trapped and killed causing an outcry from some sections of the community. But was the cat feral or an inside/outside domestic cat? It appears so. Large feral cat in Australia trapped and killed causing an outcry from some sections of the community. Image: Daily Mail Australia. Comment on the above photograph : I find it very strange. The comments on the right-hand side appear to be have been made by the owner of this 'feral cat'. That means that the cat is not feral but an outdoor/indoor domestic cat. And the person has described the cat as "Siamese". The cat does not look like a Siamese cat judging by the camera traps image. The cat does not have pointing but appears to be an even colour throughout. So, I'm not sure what is going on. And if this is the case the authorities have killed someone's pet! Damages come to mind. The owner should sue them. ------------------- I have followed the shenanigans and attitudes of the
Post a Comment
Location: Moreton Island, Queensland, Australia
Read more
More posts