Showing posts with the label castration
Show All 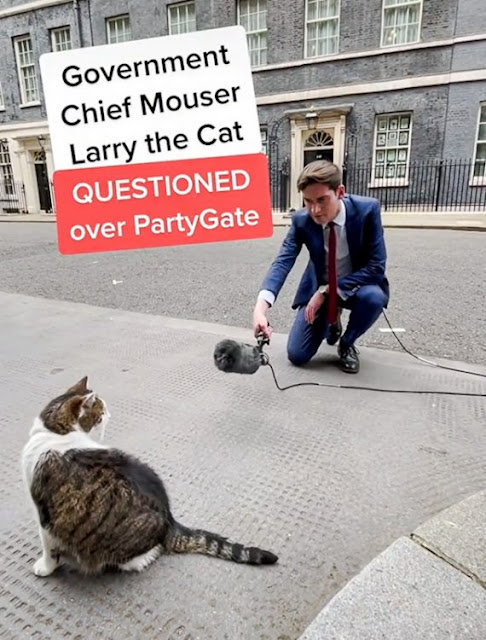 It has been suggested that the celebrity Downing Street cat, Larry, who has kept five Prime Minister's company at the offices and removed all signs of mice from the building, was selected because he was very calm at the time when he was chosen at Battersea Dogs & Cats Home and the reason why he was calm was because he had been neutered the day before. Government Chief Mouser Larry the Cat questioned over Partygate. Screenshot. The suggestion is that just by chance Larry and thanks to castration he was selected from a group of five. I find this implausible to be honest. Although we know that the neutering of male cats makes them calmer. In fact, I did some work on how castration of men changes their character. I wanted to get into the heads of neutered male cats and tried to do this by researching how the operation affects humans. It might interest you. It's certainly chills out men and that's why male cats become calmer and more manageable. Effects of Castrating a Cat (
Post a Comment
Location: 10 Downing St, London SW1A 2AA, UK
Read more
More posts