Showing posts with the label animism
Show All

'Animism' makes us more respectful of nature including cats! 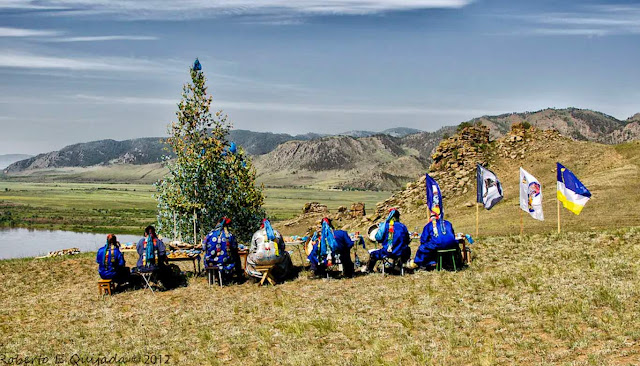 I have just written about a philosophy or religion or even a concept called "animism " . It's hard to know what it actually is. I think it is a type of religion, but it is very far from the conventional religions of the West such as Christianity in which people worship a man. Christianity seems to be sexist to me. And I think that Christianity has left a terrible legacy to the world. Shamans from the organization Tengeri conduct an offering ritual in 2013. Image: see bottom left. Through the bible, Christianity preached and continues to preach that humankind has dominion over the rest of the world including all animals. That's at least partly why, I argue, there is mass and endemic animal abuse across the planet and has been for centuries.  An also who sport hunters have no empathy with animals. It is completely missing. And that is why humans think they can control and abuse nature to their own commercial ends. But nature is striking back with global warming. And if
Post a Comment
Read more
More posts