What was the penalty for killing a cat in ancient Egypt?

- December 17, 2017
In ancient Egypt's the penalty for killing a cat was death. However, I have decided that the ancient Egyptians were not really cat lovers because they killed hundreds of thousands of cats, perhaps kittens, in sacrifices to their gods. This seems to have been a trade, a business involved in breeding cats and then killing them to appease the gods. Any nation who loves cats and who worships them would not do that.

Although the penalty was death for killing a cat, I wonder how efficient enforcement was! You can imagine how bad it was. There was no police force in ancient Egypt as far as I'm aware. You can kill cats surreptitiously without anybody seeing. And there would have been no animal welfare laws. So saying that the penalty was death is missing the point somewhat. 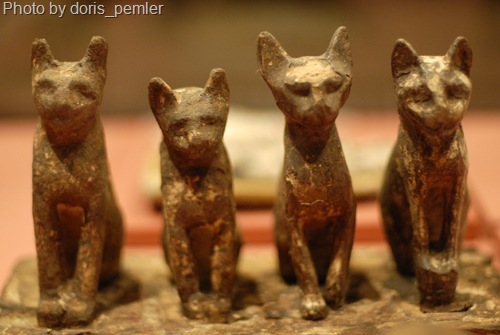