I am pessimistic about cat domestication

- December 17, 2017
This morning I am pessimistic about the domestication of the cat. I am in a negative mood. However, I think it is justified. The more you read about the domestic cat, the more you understand the history of domestication of the wild cat, the more you see that it has gone wrong or at least not as intended. It has not gone entirely wrong but there are sufficient fault lines to see that it has turned out rather badly. One of the problems is that most cat owners don't know about the problems. I am not criticizing them but many are ignorant of the large numbers of cats which are unwanted, euthanized at shelters. Think of the millions upon millions of feral cats in America. Feral cats should not exist. Every feral cat is a symptom of our failure of the domestication of the cat. And there are an estimated 80 million of them in America. They cause untold numbers of arguments between cat lovers and cat haters. Untold numbers of feral cats are shot or abused by cat haters. Millions are euthanized at shelters. Many of them are domestic cats turned feral. They were someone's pet.

Every day we hear stories about cat hoarders living with dead, dying, and injured cats. Sometimes these people are criminals and they are charged with the crime of animal cruelty but sometimes they are simply people who have tried to help resolve the unwanted cat problem and failed. They've lost control and they quite possibly have mental health issues as well.

Every day in the paper "cat news" is nearly always bad cat news. It concerns the shooting of cats or cat abuse. A lot of people like to shoot cats in America. They want to harm cats and I think it is an expression of anger against society. They want to strike back and harm something so they harm what is available to them which will be a stray cat. The stray cat is incredibly vulnerable. 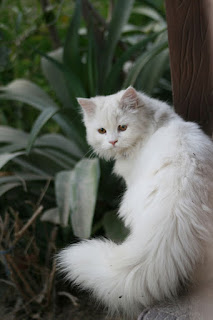 Increasingly it is becoming apparent that cat owners need to keep their cats inside or at least confined in some way or other. When you ask people why they keep their cats confined they say there are too many nutcases out there who want to hurt cats. And then in America there are predators such as coyotes which kill cats. Perhaps the greatest fear is from neighbors. It just takes one who doesn't like cats and you start seeing cats going missing. It is quite easy to kill a cat surreptitiously at night when outside cats can be active. There is no evidence. There is no proof. It is impossible almost to catch the perpetrator. And then the police are sometimes disinterested in this sort of what they would regard as petty crime and so the criminality against wondering cats goes on.

Many cat owners don't even report the matter. They just believe that their cat is lost and has not returned. They seem to accept it. But all these factors indicate a failure in the domestication of the cat. We can surely do much better than this? Then there is the declawing of cats in America. Millions of cats have been declawed. Once again this operation indicates a failure in our relationship with domestic cats. Veterinarians do it for money. Cat owners are unaware of the true consequences and gravity of the operation. 60% of cat owners in America support declawing. This is partly due to ignorance and a lack of education. The other part is a culture issue.

The veterinarians are largely to blame. There is a gradual change against declawing and one day it will be banned or the veterinarians will stop voluntarily. In the meantime millions more cats will be mutilated. Declawing is a symptom of a broken relationship between human and cat. If people don't like the claws of the cat they should not keep a cat as a companion. That is the answer: not to mutilate the cat.

In China cats are routinely, brutally "murdered" for their flesh to eat because some Chinese think it is beneficial to their health. At the same time many millions of cats are killed for their fur and the same goes for dogs. There are no animal welfare laws in China. These animals are not euthanized brutally killed. Before being brutally killed they are held in cages in the most inhumane of conditions. Vietnam has a similar tradition. America imports Chinese fur and a lot of it will be from domestic and feral cats in China. It seems impossible to stop this. Real fur from China from the skin of a cat is cheaper than artificial fur. That tells us that a lot of cats are being killed and that there is an abundance of cat fur on the market. 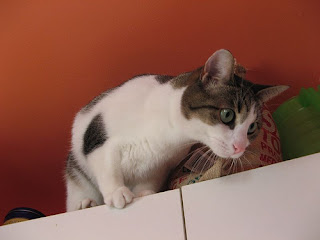 Turning to the wild cats. They are under constant pressure from human activity, from poaching and habitat loss. In general their numbers are declining. Sometimes the decline is rapid as is the case for the lions. Tigers are routinely poached for their body parts to be eaten by Chinese for health reasons. This is mumbo-jumbo medicine and a ridiculous tradition which is out of place in the modern world but the Chinese government does nothing about it. Conservationist are engaged in a rearguard action, a reactive conservation process to try and save the tiger but nobody does anything about trying to stop Chinese poaching tigers in India and importing them via Burma and Thailand into China.

The IUCN Red List is, I believe, being lobbied by hunting associations and big business to relax their classification of the wild cat species. When a wild cat species is classified as endangered it is protected and when it comes out of this classification it becomes vulnerable to poaching et cetera and international trade in body parts and live animals. I don't trust the IUCN Red List. Big business will always beat conservationists because they have more money. 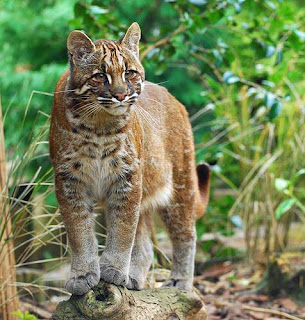 Even in countries such as the UK which is meant to be full of animal lovers we have serial cat killers wandering around at night trying to make some sick point by killing cats, mutilating them and leaving the body parts around to try and send a signal to cat owners. They are probably trying to tell them to keep their cats inside. And the truth is that increasingly it is becoming necessary to keep your cat inside, confined to a decent garden cat enclosure together with your house. I don't know how cat owners can live with the anxiety of knowing that there cat is vulnerable to being hurt either deliberately or accidentally when wandering outside. I can't do that. I don't believe a true cat lover can do it either.

It is hard to know how the situation can be improved. It is a very big issue. How can America substantially reduce the number of feral cats from around an estimated 80 million? Perhaps there are many less than that (some estimate 12m - we need to count them more accurately). People don't know the true number of feral cats but it is in the millions. There are constant discussions in council chambers among community leaders as to how best to deal with feral cats. Authorities in Australia are constantly scratching their heads as to how to deal with (kill) feral cats. These are all reactive measures.

I believe there will come a time when there will have to be regulations, much more strict regulations about cat ownership. I regret it but I think it is true. It will be necessary because a minority of cat owners resolutely fail to change their ways from being irresponsible to being responsible, thinking of the wider issue such as neighbors who don't like cats and the environment because domestic and feral cats do prey on wildlife and this causes constant friction, a kind of cat war between ornithologists and cat owners. A solution needs to be found. We can't go on arguing and failing in the domestication of the cat.