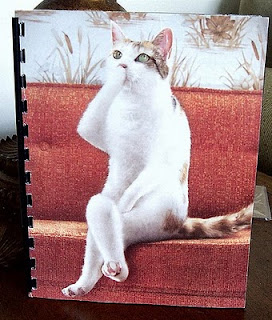 Litter box aversion is a favorite topic on the internet. Piles of words have been written on it. Here are some more!

Litter box aversion is not spraying for territorial marking. It is when the cat simply stops using the litter box for urination and defecation. The cat will do it elsewhere on horizontal surfaces as opposed to vertical surfaces for spraying.

For example, the cat might try to use the litter box, half in and half out, without touching the litter itself and dig outside the box.


A dislike of the substrate could be because of its feel and smell. A change in the litter might provoke an aversion and the cure is therefore obvious.

Another reason why a cat might not like the litter is because it is not clean. Some cats are fussy or more fussy than others.

Another entirely separate cause of litter aversion is because another cat is using it. Or the use by another cat might exacerbate the problem. The presence of another cat would also alter the status of the existing cat, which might also exacerbate an aversion.

The initial diagnosis is to assess whether there is a medical condition such as cystitis that drives the cat to urinate frequently and outside the litter box. This is one example. Once medical issues have been successful dealt with or eliminated the other reasons can be ticked off.

Moving the box and employing more than one box in a multiple cat household might do the trick. Then the litter type can be changed and the litter kept spotlessly clean - twice a day should be OK.

Punishment is a definite no no as it does not work and makes the cat fearful. It will damage the human caretakers relationship.

Confining the cat to a small area with the litter without carrying out tests on the preferred litter type and without ensuring the litter box is clean may work within the confined space but not when the old routines are recommenced.

Cats who stop using the litter box for whatever reason may develop a certain area in the house as a substitute and as this area then smells like a cat toilet is will be reused. The area must be thoroughly cleaned with an enzyme odour eater that are available on the internet to remove all traces of the smell. Conventional cleaning won't work.

The cat should then be prevented from returning to the area while being retrained to use the litter box. The key to solving litter box aversion is to discover the underlying cause and remove it, whilst remaining patient and constructive in re-habituating the cat to use the litter.