Showing posts with the label abduction
Show All 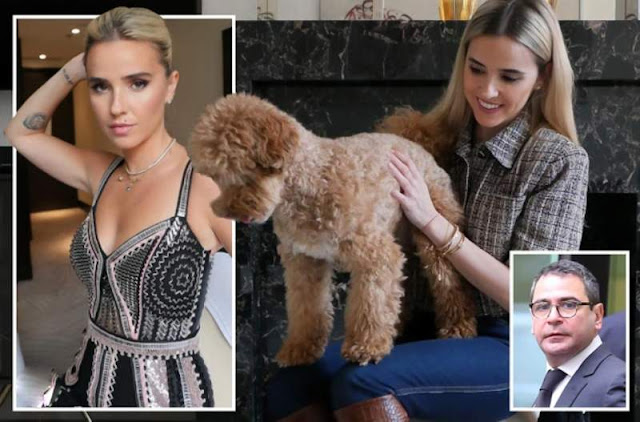 NEWS AND OPINION: A classic story of an embittered man who harassed a pretty woman and abducted her attractive dog. Hannah Rasekh with her cockapoo and the man, Bashar Ayoub, who harassed and threatened her. Hands up, this is a Sun montage. If The Sun objects, please tell me in a comment. The basic story is pretty commonplace and rather typical but with a twist as a dog was involved. Sorry no cat stories today 😢😎. Hannah Rasekh was born in the UK and has a Palestinian heritage. She is an influencer on social media and has a boutique in Al Amman, Jordan.  She met Bashar Ayoub in Dubai in 2017. Bashar Ayoub is a property developer with some wealth, and he lives in a £2 million flat in a posh part of London (Belgravia). Hannah Rasekh lives in South Kensington, West London. She decided to split up from Bashar Ayoub claiming that he had "emotionally and psychologically" abused her. Bashar Ayoub was obviously enraged, and he embarked on a campaign of harassment and nasty threats
Post a Comment
Location: 181 Marylebone Rd, London NW1 5BR, UK
Read more
More posts