Showing posts with the label Middle Ages
Show All 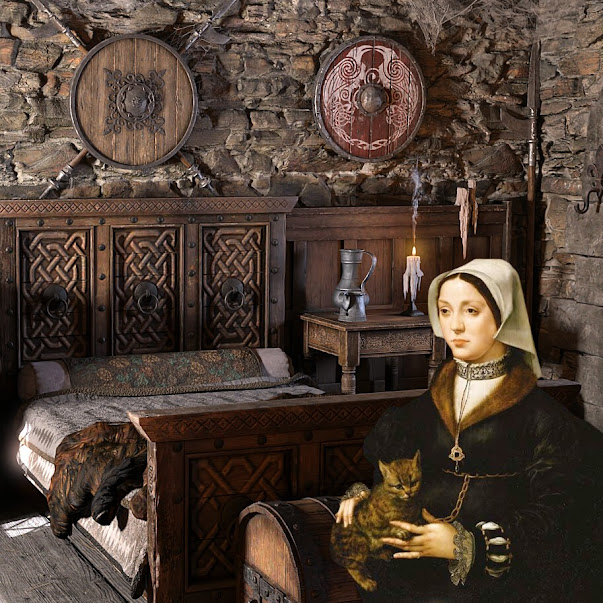 The French adage "plus ça change" comes to my mind immediately.  It is a phrase which means that things don't change because basic human nature does not change even over thousands of years. Medieval bedroom with woman and her cat. Photo-edited pic by MikeB. And so back in medieval times (500-1500 AD) a well-known book which can still be found on Google, "Boke of Nature", advises in the strongest terms to keep domestic cats out of the bedroom: "Dryve out dogge and catte, or els geve them a clout" I guess you can understand it but it must mean: "Drive dogs and cats out of the bedroom and if they enter hit them!" Nice. A bit unfriendly to say the least.  There is a strange medieval story of a knight and a lady he loves. She has a cat companion. She rejected the knight's advances. He goes to her bedroom at night in disguise. Her cat scratches him. She softens as a result and becomes his mistress but he refuses to marry her because he is scare
Post a Comment
Read more
More posts