Initial notice: I am not criticising Facebook. I hope that I am helping to protect some users on Facebook and therefore I am helping Facebook. The second point is that Facebook is doing something about the problem that I describe below. So they are active in this area and doing their best to rectify any problems. 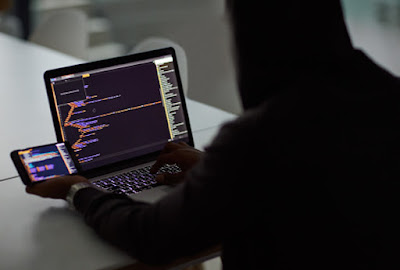 The Times reports that Facebook (FB) and Instagram have been blamed for a surge in scams as one of Britain's biggest banks has revealed that these Meta's owned sites are the source of the vast majority of their fraud cases.

The bank is TSB and they are the only bank in Britain to guarantee a refund for all scam victims. Their audit revealed that adverts posted on Meta-owned websites i.e. Facebook and Instagram, accounted for 81.1% of all online investment fraud causes experienced by their customers. This is between January 1 and June 21 of this year. Of these 55.7% advertise on Instagram while 25.4% advertise on Facebook.

In contrast, TSB say that no account holders have fallen victim to scam adverts on the Google search engine after they changed their rules in August 2021 to force all advertisers on their website to be authorised by the Financial Conduct Authority (FCA).

Meta said that they are committed to forcing all advertisers on Facebook and Instagram to be authorised by the Financial Conduct Authority (FCA) in the same way that Google insists on this.

America has its own financial regulators: Federal Reserve Board, Federal Deposit Insurance Corp and the Securities and Exchange Commission. I would expect them to be involved in the same way that the FCA is involved in authorising advertisers on Google in the UK. I hope so.

So the message to Facebook users is to be aware of adverts on FB purporting to be good investments and other such scams. If it sounds too good to be true it probably is. Don't share information or give out your PIN or password. If you receive an unexpected email don't click on the link. Check your Social Security privacy settings. Choose strong passwords and don't use public Wi-Fi for online shopping or banking.

In the meantime, my thanks to Facebook for being committed to addressing this weakness on their platform. There are people who suggest that Facebook should pay compensation to people who have lost money on these scammy investments.  I'm not suggesting that but in the meantime TSB is having to pay out large sums of money to compensate individuals who have lost chunks of their savings on these scams which are advertised on Meta's platforms.

Postscript: a spokeswoman for Facebook said that the company has dedicated "substantial resources" to tackle the scam adverts. They have a team of 40,000 whose job is to protect their users and they have invested in artificial intelligence to help deal with the problem. The company had joined Stop Scams UK, a cross-industry anti-scam group which includes banks. They donated £3 million to citizens advice to help with anti-scam initiative including a phone line for people who have been scammed.