Can you break the window of a car if there's a pet inside in very hot weather?

In hot weather sometimes a person will see a dog or even a cat inside a car with the windows fully up and it may occur to that person whether they are entitled to break a window of the car to allow air into it thereby quite possibly saving the life of the dog inside. 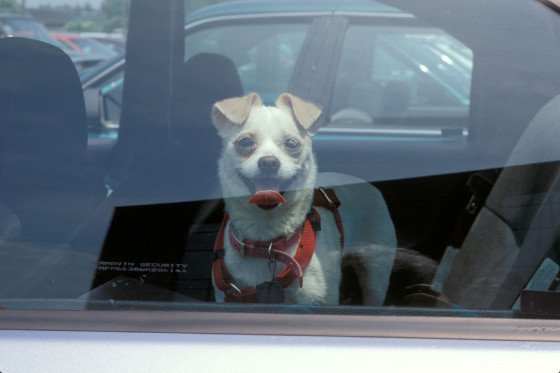 And it can be a matter of life and death. Even under moderately warm weather it can become unbearably hot for a dog inside a car as the heat builds up.

Whether a person can break the window of a car firstly must depend upon the law in the country where that person lives. I would suspect that the law is similar across many countries in the West and even in other parts of the world.

Technically, breaking the window of a car is criminal damage. It is a crime. The person doing it could be prosecuted and the sentence would be a fine.

However, the person has a defence. He could say that he believed that he would have the consent of the dog's owner under the particular circumstances under which he broke the window. This would be a reasonable assessment provided the dog was in great distress.

If the dog was not in great distress it might be considered unreasonable to break the window. In addition it would be safer and more sensible if the person telephoned the police first as an emergency and then the RSPCA or any other animal welfare organisation which is appropriate in the country concerned.

If the person believes that in calling the police they would take too long to get to the car to release the dog then it could be successfully argued that he had to break the window based on the defense, as mentioned above, that the dog's owner would have given consent.

As you can see is not black and white. There has to be some sensible considerations before breaking the window. If police were involved they would no doubt gain access to the car as would a burglar by releasing the locking mechanism using certain tools. Although on occasions police may well break the window.

Many people would readily break the window of the car and take the risk of prosecution. They would do this because of great concern for the pet's welfare inside the car.

In addition, even if the person breaking the window did so without taking the precautions referred to above, it would be unusual for the car's owner to seek a prosecution in my opinion. Perhaps the worst case scenario might be that you would have to pay for repair of the car although that would be unlikely considering the dog's life might well have been saved.

You can't bring back a dog killed through heat exhaustion in the back of red-hot car but you can replace a car window.
Email Post
Labels: animal welfare cars cat welfare