Showing posts with the label oldest cat
Show All 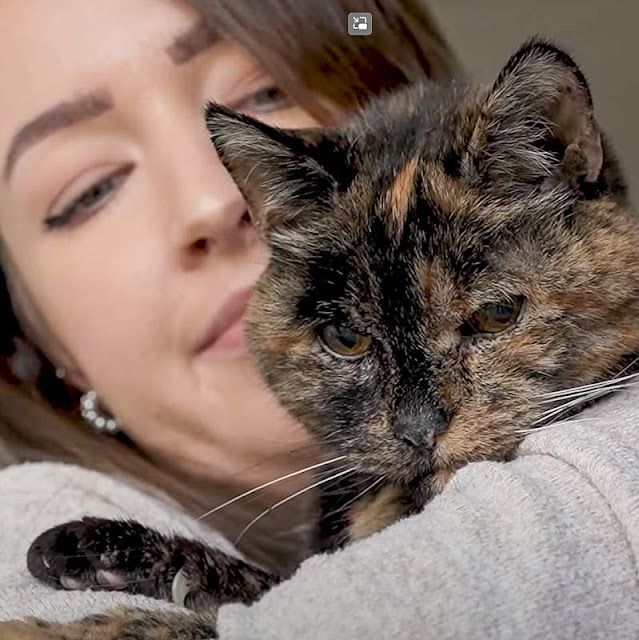 Her name is Flossie. A good name. She is a very dark tortoiseshell domestic cat living in Orpington, near London (southwest) with Vicki Green and Guinness World Records have bestowed upon her the award of the world's oldest living cat as at today's date at 26 years and 330 days old. Here they are: Vicki Green with her Guinness World Record holder of oldest domestic cat at nearly 27. Image: screenshot from Guinness video below. Here is Flossie in closeup: Flossie closeup. Image: screenshot from video. Flossie is deaf and mostly blind. Ahh. I feel for her, but she is a beautiful companion for Ms Green. They get on well Vicki said. Flossie is only just a bit younger than Vicki. Flossie outlived her two previous owners! RELATED:  List of oldest living and deceased domestic cats but 2022 records are sketchy . Flossie has beaten an American cat to the record. Corduroy was 26 years and 300 days old when she died on May 27, 2016. Ms Green said: "I knew from the start that Flossie
Post a Comment
Location: Orpington, UK
Read more
More posts