- September 02, 2018
This is a very informal interview by me of a British couple on the subject of cat ownership. They own a tortoiseshell cat. The objective is to see if visitors can obtain some insights into cat ownership and to give a feel for how the Brits look after their cats. It is a bit different to Americans. The citizens of each country have their own ways on cat ownership. 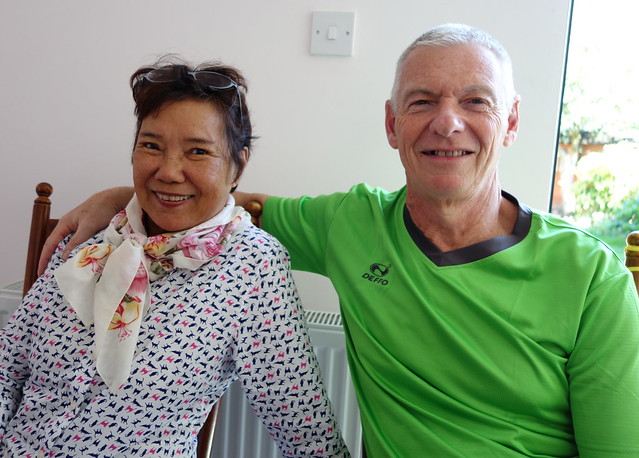 The couple are Barry and Kammy (who is a Thai). Their cat is Piedie and she is about 7 years old. They live in the suburbs of Kingston Upon Thames in Surrey, England. Their house is situated in a cul de sac (a dead end road) and they have a large garden by British standards. I won't write anymore as it is all on the audio file except to say that part of the discussion is on indoor/outdoor cats.

Ninety-nine percent of Brits allow their cat to roam freely outside. It's the culture. Nearly all UK citizens don't think about keeping cats inside but I do and so does my neighbour. Also declawing cats is unheard of in the UK. Most cat owners have never heard of it.