Why Do Cats Rule the Internet?

- August 19, 2016
Why do cats rule the Internet? It is a peculiar phenomenon. However, it is not that peculiar when you analyse it. The short answer as to why cat videos and funny cat pictures have been so popular on the Internet is because they make people feel happier, less anxious and less sad. 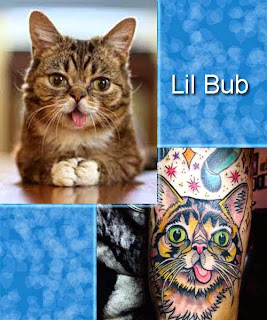 It is about as simple as that as far as I can tell. The result of a study at Indiana University lead by Asst Prof Jessica Myrick came to the above conclusion. There asked 7000 people how they felt before and after watching cat videos.


The cat video which has been viewed the most is called “Nyan Cat". It's a rather peculiar video in my opinion - designed to be viewed by younger people who are the most likely to visit YouTube.

It is short and you can see it below. It has being viewed 137,492,886 times at the time of dictating this post. Extraordinary. The name Nyan originates from the Japanese sound "nya" which is their version of the meow in English. It is considered cute. I think the Japanese like cuteness as far as I remember.


In addition to videos there are funny cat pictures. These are also enormously popular. In 2007 a couple of people, Eric Nakagawa and Kari Unebasami (Japanese I presume) started a website on which people could share their funny cat pictures. The site became very popular very quickly and people started to add words to the pictures (LOL cats). Currently it has over 100,000,000 views per month and it created a new sort of Internet language.

Funny cat pictures and funny cat videos spawned the celebrity cat which we now know very well. Top celebrity cats make a lot of money for their owners. It has been reported that Grumpy Cat has made over $100,000,000 for her owner. Lil Bub has earned, we are told, around £130,000 for charity (pets with special needs).

You Tube videos of cats had been viewed around 26,000,000,000 times making them the most popular single category on that website.