Showing posts with the label phoot-editing
Show All

Photo of 'conjoined cats' wins prize but is it photoshopped? 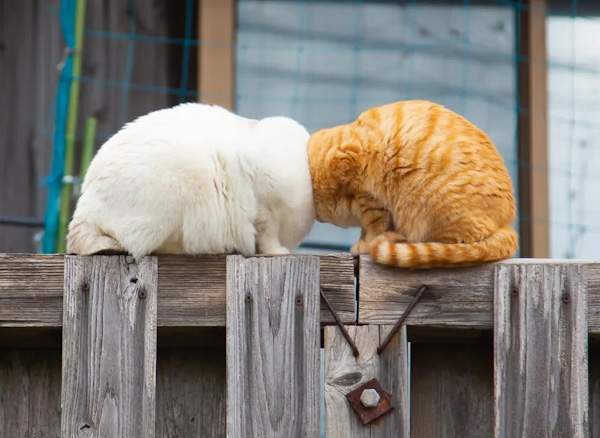 This is a photograph taken in Japan by Kenichi Morinaga of one white cat and one ginger tabby cat who appear to be "conjoined". They are sitting on a fence. The photograph won first prize in the 2022 Comedy Pet Photo Awards. 'Conjoined cat' won a photo prize but is it photo-edited? Photo: Kenichi Morinaga. My immediate reaction when I saw it was to ask if the photograph has been created with photo-editing because it very much looks like it. I just don't think that you can get this appearance by two cats being in close contact with their heads facing away from the camera. Anatomically it is impossible to achieve this,  I would say. But it beat the judges! Perhaps they accept photo-edited images? The news media say that the "cats are pressing their necks together to give the appearance of being conjoined". It just doesn't look right to me. And I know how to photo-edit photographs and it would not be that difficult to photo edit this image as follows. H
Post a Comment
Location: Japan
Read more
More posts