Showing posts with the label new breed
Show All 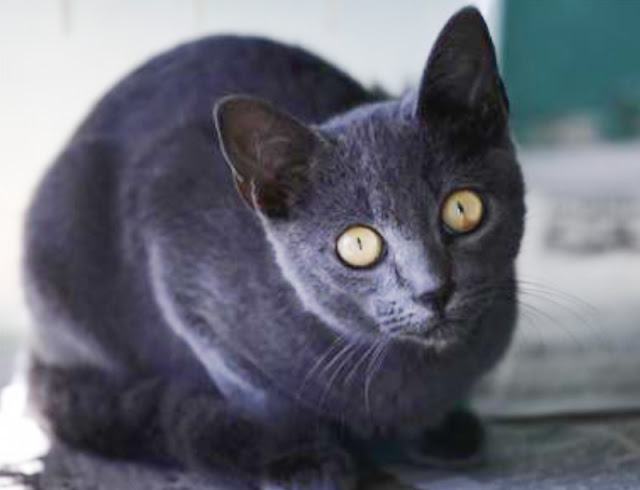 The Azul Cubano is a very little-known cat breed from Cuba. It has a "blue" shorthaired coat but it can be semi-longhaired and it was registered in 2010 in Cuba. It is better known as the Cuban Blue. I will refer to "Cuban Blue". Cuban Blue cat aka Azul Cubano. Image: Reuters. The Spanish word "azul" means blue in English as you might have guessed. But of course, blue does not mean the colour blue as we know it. It means gray with a slight bluish tint. That bluish tint comes about because blue is a dilute black. When you dilute black because of the presence of a dilution gene you create this slightly blue tint to the gray. Reuters reported on what was then described as a "new breed" on May 27, 2011, almost 12 years ago. Almost nothing has been heard of the breed since. That tells you how insignificant this breed is in the world of the cat fancy. In fact, it may have fizzled out completely At that time, the president of the Cuban Association of Ca
2 comments
Location: Havana, Cuba
Read more
More posts