Showing posts with the label cat fliers
Show All

Should cats be allowed on aeroplanes when 10-20% of people are allergic? 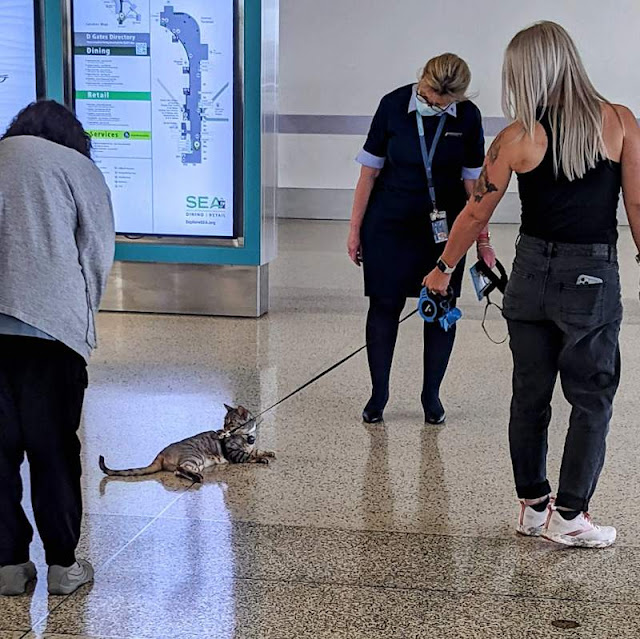 I think that this is a good question raised by Jacqueline Swartz writing for CNN. It is against the domestic cat and therefore I am a bit reluctant to write the article but, as I said, it's a good point. I think it needs discussing at least briefly. Reluctant feline flier. Image: Reddit.com. Jacqueline is allergic to cats. In fact, she says that she is severely allergic and vulnerable to allergic asthma. Quick research indicates that 10-20% of people are allergic to domestic cats. That is up to one in five people. If there are a hundred people on an aircraft, 20 of them will be allergic to cats at a maximum. That's quite a big number and if there are 200 people on the plane you can double it. Of course, not everyone is going to feel the effects of a cat in the aircraft's cabin as you have to be quite near, I would suggest, to the cat in a carrier to get the effect and therefore perhaps only one or two people allergic to cats will suffer negative consequences. But as you pro
Post a Comment
Read more
More posts